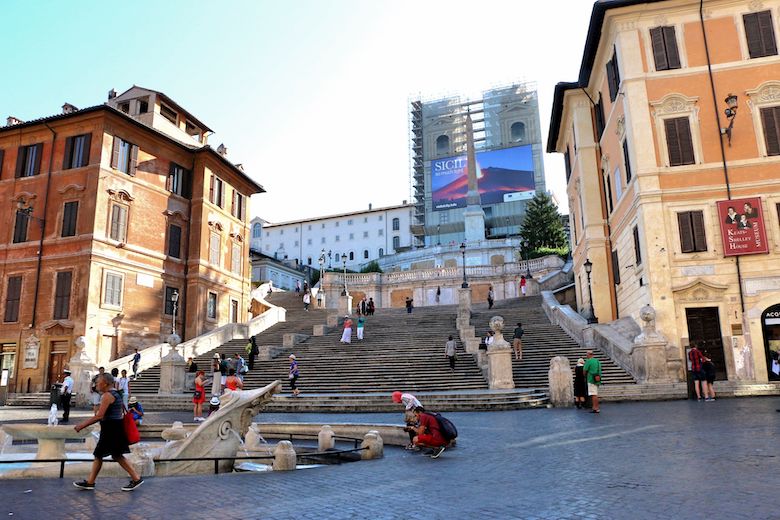 Any big city can seem overwhelming on a first visit. When you travel to Rome for the first time, there’s so much history, culture and food to soak up. Don’t worry though, we’ve got you covered – here’s a rundown of everything you can expect on your first trip to the Eternal City with some Rome travel tips to help you make the most of it.

Getting from the Airport

There are two airports in Rome, Ciampino and Fiumicino, and they’re both roughly the same distance from the center. To reach the center from Fiumicino, there is the option of both the train and a bus, but from Ciampino, the easiest option by far is the bus. Both go to Termini station, the main station in Rome – from there, it’s easy to get the metro, bus or taxi to wherever you want to go.

The bus tends to be around  €6-7, depending on the airport and the coach company. The train is about €15 for the fast train or €8 for the regular one.

Public transport in Rome can get confusing. If possible, try to get a hotel or apartment in the historic center so you can see everything on foot – or else, find one by a metro stop. There are three metro lines, A, B & C, which run frequently. Buses are harder to figure out, but can take you to most places – it’s worth downloading an app such as Citymapper to make it easier.

You can buy tickets for the metro at any station, cash only, including cheaper tickets for 24 or 48 hours. For the buses, however, you need to buy a ticket before you get on the bus, usually from a tobacconist/café. They must be validated when you get on, and all public transport tickets are €1.50.

Taxis are everywhere, but expensive. Uber only offers its Uber Black luxury option, which can get expensive. MyTaxi is a good substitute if you're on a budget.

The official language of Rome is, obviously, Italian, but if your language skills are a bit rusty, don’t worry too much as most people that you’ll interact with on a day-to-day basis in restaurants, hotels and tourist attractions will speak English. If you get stuck, here are a couple of handy expressions to help you out:

Do you speak English?

Can you speak more slowly?

How much does this cost?

Do you take credit cards?

Where is the bathroom? 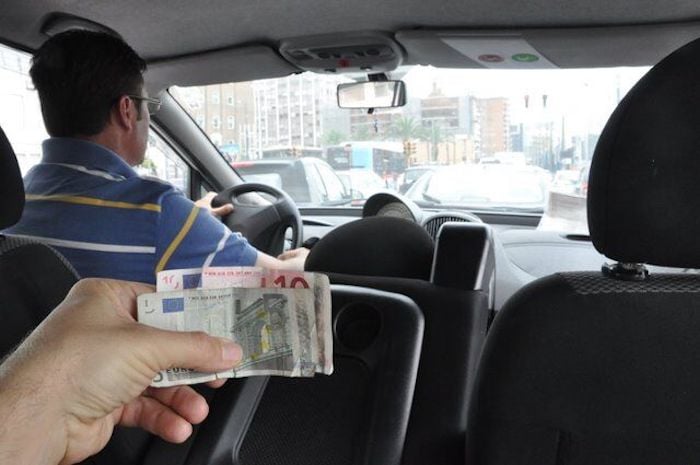 The currency in Italy is the Euro. An important thing to remember about Italy is that cash is still king, it’s still necessary to carry a reasonable amount of cash around with you at all times to avoid getting stuck. In general, most restaurants will allow you to pay on card, as will large shops and tourist attractions, but for drinks, coffees, transport tickets and small items cards often aren’t accepted.

Tipping isn’t particularly expected in Italy, but ten percent left in cash for the waiter is always appreciated. 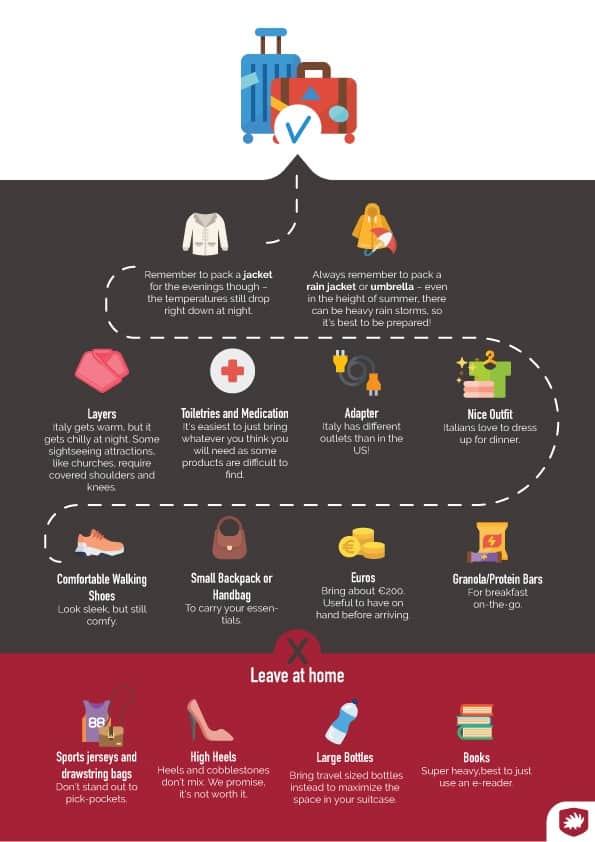 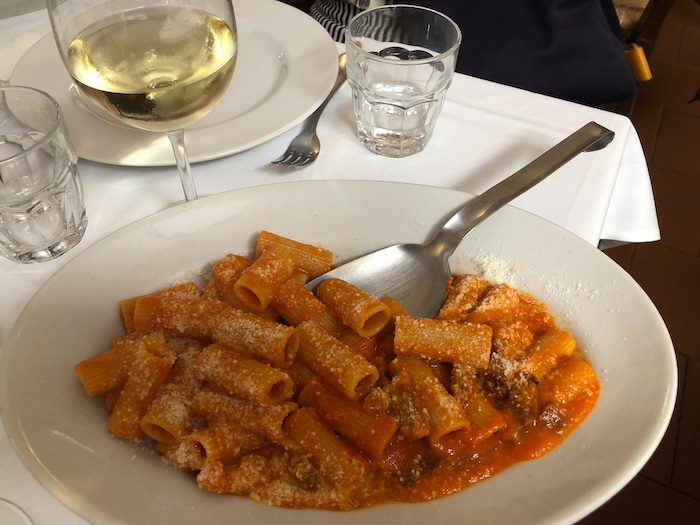 Where to start with Italian food? It’s often one of the top reasons why tourists come to Italy, and for good reason. Every region serves amazing, fresh, handmade delicacies.

A traditional Italian meal will go like this: antipasto (starter), primo (pasta) secondo (meat and vegetables), dolci (dessert), followed by coffee and liquors. Do Italians eat like this every day? Fortunately for those of us that live here, no! But these are typically the headings that you’ll see on a menu, so it’s best to have an idea of what they mean.

Where to Find Local Restaurants in Rome 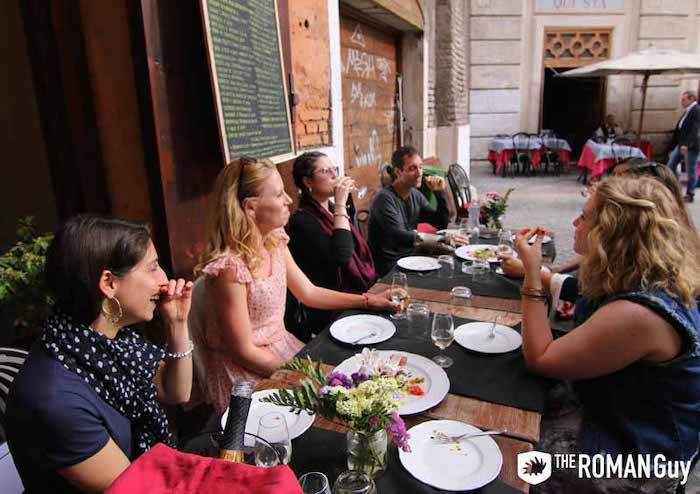 Rome is a very touristy city, but it doesn’t mean that there aren’t good places to eat in the city center. In general, avoid restaurants within sight of a tourist attraction, with pictures of the food on the menu or people standing outside trying to hustle you in. Try to go to restaurants a little more off the beaten path. We also recommend having a local show you around their favorite spots.

Even in the most authentic restaurants, don’t expect particularly friendly service. Some of the best food is often flung at you without so much as a ‘hello’, but it’s guaranteed to be worth it. Areas a little more off the beaten track are guaranteed to find you a more authentic experience. For example, the area of Testaccio is well-known for being a classic Roman foodie area, packed with local restaurants. 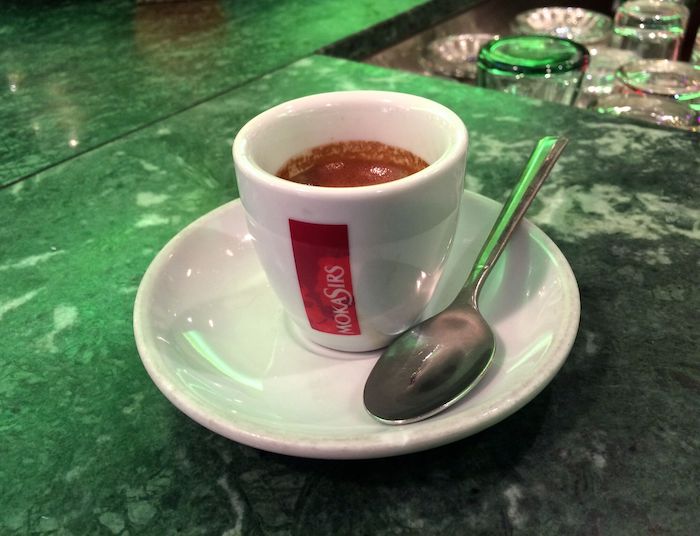 Italians take their coffee culture very seriously, and there are almost as many rules about coffee as there are for food. For example, if you ask for a coffee - ‘un café’ – you will get an espresso, which is usually drunk standing up in a bar. Italians do drink cappuccino, but only in the mornings with a pastry. Ordering a cappuccino after 11 is frowned upon, and straight after a meal is downright forbidden.

Standing up prices will tend to be around €1 for a coffee and €1.20 for a cappuccino – if you want to sit down and enjoy it, be prepared to pay a little more. This is the same for everyone, not just because you’re a tourist – but usually the table cost should be roughly double the ‘bar’ cost, and if you find it to be any more than that, head somewhere else.

One of the biggest differences is that Italians tend to eat much later than Americans. In fact, many of the best restaurants won’t open until at least 7.30 p.m. In order to avoid eating in an empty restaurant and to really make the most of your evenings in Rome, try and fit in with them and eat a bit later – around 8 p.m. is a good time to sit down. 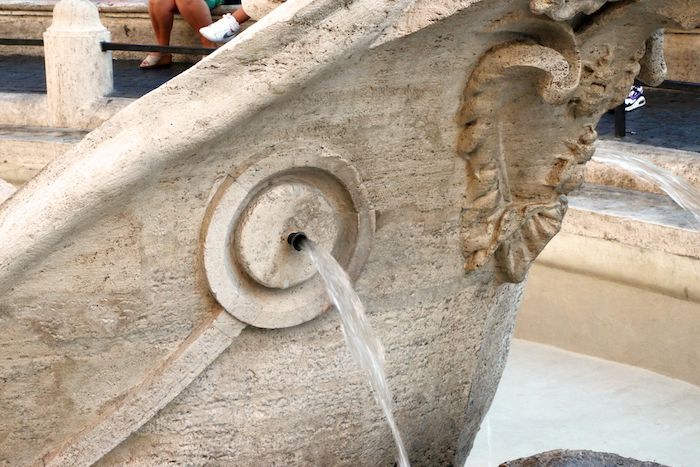 One of the best things to know about Rome is that there’s no need to buy plastic bottles of water when you get thirsty – there’s tons of fountains dotted around the city, and Romans are very proud of them. Bring a refillable water bottle, and fill it up whenever you see one. There’s an app to help you find them, called I Nasoni di Roma – if you’re going in the summer heat, you’ll find this tip invaluable!

Planning a trip to Rome? We can definitely help you out with that. We offer some of the best Rome tours around with expert guides who want nothing more than to show you around. 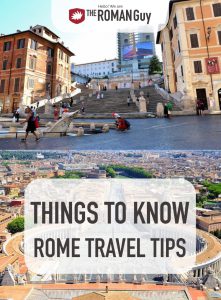 If These Walls Could Talk: Where to Find Street Art in Rome

What a lovely description of Italy and Italians you have given to us!
I love to read about the transport, food and most importantly the people.
Awesome work done! Keep them coming!

Ciao Tanisha! What a lovely comment. We are so happy to provide you with helpful tips for your vacation!

A very informative article. Thank you so much for sharing these things.

Ciao! Thanks so much for reading our blog! It’s our mission to provide you with the most useful information possible for your trip.

Nice quality post. Thumbs Up from my side. Special thanks to theromanguy for sharing this valuable information. Once again appreciated!

Nice tips. I’d add the 48 euro fixed rate from the airport to the centre as the best option if there are at least 2 people. By the time you take the train then Metro or taxi from Termini it just about equals out.

Thanks for the tip, Gary!