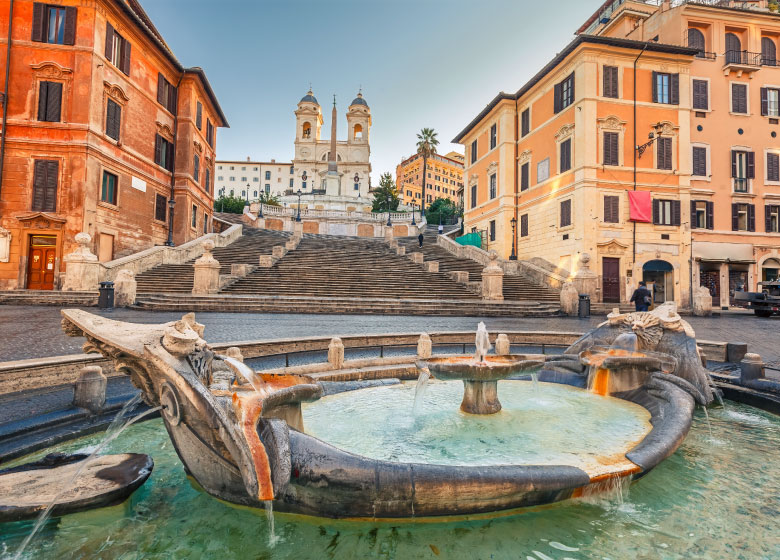 The great sites of Rome include museums, churches, fountains, ruins and an ancient stadium. An often overlooked, but famous landmark is the Spanish Steps. Connecting the Piazza di Spagna Square and the Trinità dei Monti, why is this staircase so incredibly famous?

We don’t blame you. As one of the most iconic sites in Rome, we offer a variety of Rome tours that visit the Spanish Steps. We recommend checking out the following:

The Spanish Steps gained more exposure to the world audience through the 1953 blockbuster film Roman Holiday starring Audrey Hepburn and Gregory Peck. The movie gave American audiences an in-depth view of Rome and created the centerpiece aura of the Spanish Steps.

In the film, Audrey Hepburn can be seen throwing her gelato on the ground. We do not recommend this behavior as it could result in a significant fine for littering.

The History of the Spanish Steps 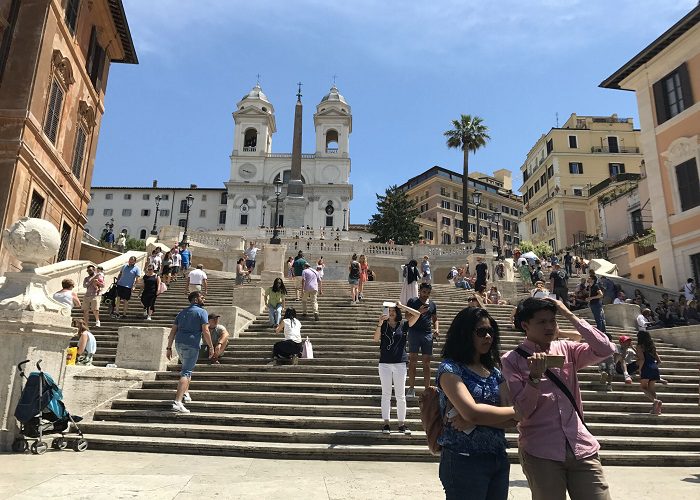 Before the Spanish Steps hit the silver screen, they were already one of Rome’s most impressive pieces of architecture. Built between 1723 and 1725, the steps were designed to connect the newly constructed Trinità dei Monti Church on the Pincian Hill to the square in the city below. Contrary to the name, the Spanish Steps were funded by the French diplomat Étienne Gueffier at the service of the French king.

It’s important to remember that Italy only became a country in 1861 with Rome not joining until 1870. Prior to the Italian Unification, it was commonplace for foreign kings and benefactors to build churches and infrastructure in order to secure influence over the Vatican.

The building of the staircase was a major show of force by the Bourbon French connecting their newly built church to the Piazza di Spagna (Spanish Square). Spain at this time was also under Bourbon rule and the Spanish Steps were a powerful show of the French empire.

How the Spanish Steps Got Their Name

In Italian, the Spanish Steps are called the Scalinata di Trinità dei Monti, referring to the church at the top of the staircase. The name Spanish refers to the piazza at the bottom of the steps. The name Piazza di Spagna is derived from the square being the location of the Spanish Embassy to the Vatican. Today the square still keeps that name and the closest metro stop is also called Spagna on the Metro A Line.

The Fountain by the Spanish Steps 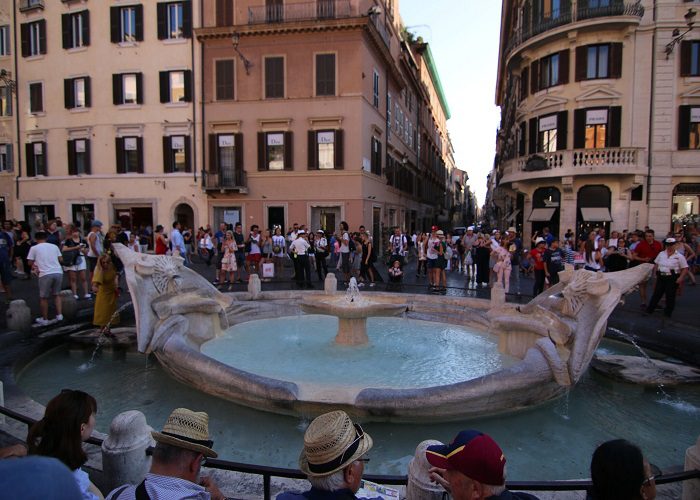 Inside the square, you will find one of Rome’s most interesting fountains, the “Fountain of the Boat” which was sculpted by Pietro Bernini. Pietro Bernini is most famous for being the father of the world-renowned Gian Lorenzo Bernini, who sculpted many of Rome’s other great fountains.

This fountain portrays the Great Flood of 1598, where a fishing boat was found all the way in Piazza di Spagna from the overflowing Tiber River. The fountain itself shows a half sinking ship and is intentionally designed to aid the low water pressure in the area.

Sitting on the Spanish Steps

As of August 2019, you are no longer allowed to sit on the Spanish Steps. This policy was put in place as an effort to ensure decorum and security in Rome’s downtown. Sitting on the Spanish Steps can now result in a 400€ fine, so make sure you abide by Rome’s new policies when visiting this iconic monument. 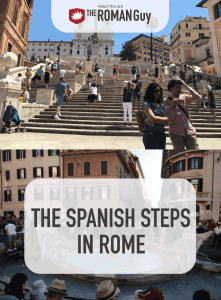 A Breakdown of Amalfi Coast Towns

Where is the Statue of David?

Hi. Will be in Rome for Christmas Day. I realize this is holiday n everything closed. Wondering if anything to do on Christmas Day?

Ciao Michelle! Check out this blog on how to spend Christmas in Rome. Hope this helps!