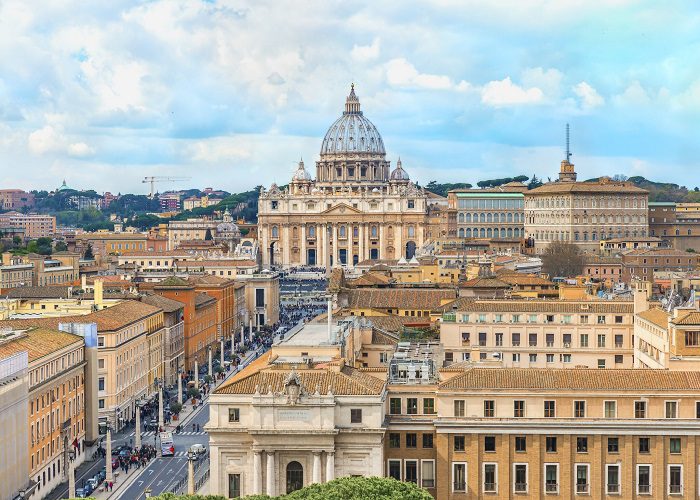 The Roman Empire’s relationship with Christianity famously began at Christianity’s inception. In the Bible, Jesus Christ was born during a Roman census and later put to death by Pontius Pilate. For the next three centuries, Christians were sporadically persecuted and often driven underground, forcing Roman and Christian artistic styles to blend.

Our Christian History Tour with Vatican Museums, Sistine Chapel, Rome Catacombs and Appian Way is a great way to spend the day experiencing the history of art, culture, and Christianity in Rome. First, you will visit the burial grounds of both ancient early Christians in Rome and Franciscan Friars before spending the afternoon at the Vatican.

In Christianity’s first couple of centuries, persecution was rarely mandated by the emperor on a large scale. The best-known exception, however, occurred when Emperor Nero blamed Christians for starting the Great Fire of 64 CE.

While localized persecution persisted in some parts of the empire, Christians would not be mistreated again on a large scale until 250 CE. At that point, for about two years Christians were required to make sacrifices to the Roman gods or face death.

This time led by Emperor Decius, this short-lived maltreatment was part of an attempt to restore Roman paganism to the empire. Even under harassment, Christians gradually began taking public office as future emperors inched towards tolerance.

Although Christianity began in the Roman Empire, it was not until the fourth century that religious tolerance for Christians was granted. In 311 CE, Emperor Galerius issued the Edict of Toleration, which helped foster Christianity’s rapid expansion throughout the empire. 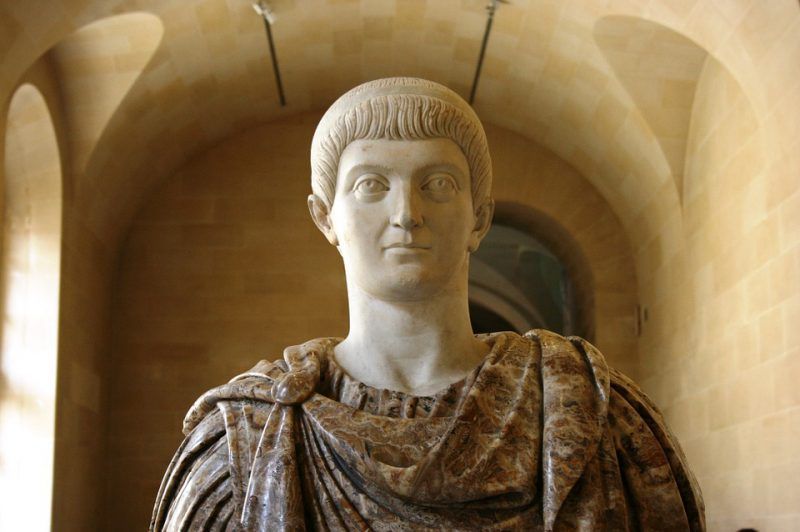 “The First Christian Emperor” Constantine continued to expand the rights of Christians in 313 CE when he gave Christianity legal status in the Western Roman Empire. Constantine earned his nickname in large part because of his deathbed conversion to Christianity.

The best-known story involving Constantine and Christianity is his vision of the cross. Constantine saw a cross of light in the sky prior to battle and believed it was a sign from the Christian God. Constantine’s vision significantly warmed his attitude towards Christianity.

Early Christian burial practices made use of the Roman catacombs. First used by Christians in the second century, the catacombs became popular because Roman law forbade Christian burial within the city of Rome. Land ownership at the time was also tenuous for Christians. 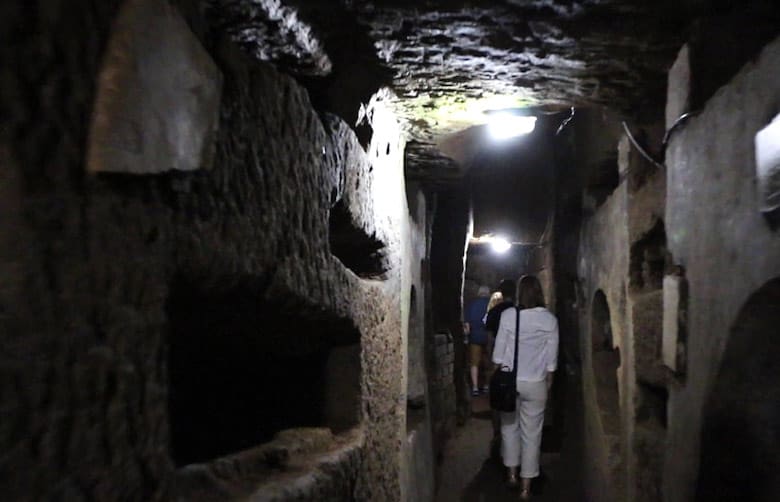 Early Christians embraced the Catacombs for other reasons as well. The catacombs provided a safe place for worship, and to keep the dead for Resurrection. The various catacombs contained the bodies of ordinary Christians, martyrs, and saints, making it a holy place as well.

The Catacombs are popular today not only because of their association with the macabre but also due to the artwork they contain. The catacombs hold many frescos which show the development of Christian art through the seventh century.

The art consists of frescos from the Old and New Testaments, as well as sculptures and medallions that were usually made from glass and gold. These works have been invaluable to art historians in their endeavor to understand early Christian culture.

Eventually, the catacombs fell out of favor with Christians. Once Christianity became the official religion of the Roman Empire, Christians increasingly began burying their dead above ground in cemeteries. By the sixth century, the catacombs were only used for church memorial services.

Though the catacombs are no longer used, a significant amount of early Christian art has survived in the Vatican Museums. Among the best surviving examples are the Dogmatic and Constantia Sarcophagi, carved between 320 and 355 CE. 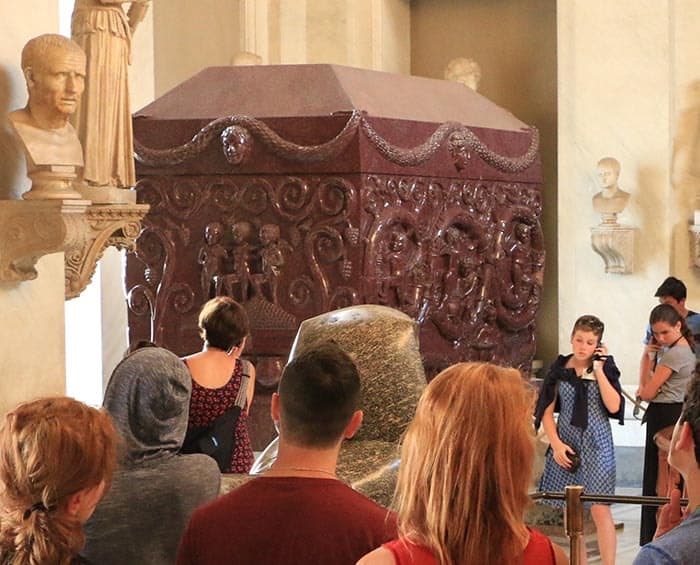 The reliefs on the Dogmatic Sarcophagus depict a series of biblical scenes. Most scenes come from the New Testament and depict the lives of Jesus Christ and St. Peter. Biblical figures are dressed in fourth-century attire, even showcasing popular ancient haircuts from the 330s CE.

Similarly, the Sarcophagus of Constantia at the Vatican Museums shows an interesting mix of Roman and Christian imagery. Her sarcophagus depicts cherubs harvesting grapes, utilizing the imagery of both the Christian eucharist and the Roman god Dionysus. 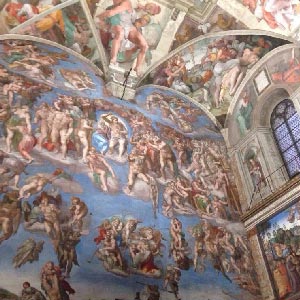 Besides ancient Christian art, the Vatican Museums maintain one of the most popular art collections in the world. Within their collection are masterpieces by da Vinci, Giotto, Raphael, and Caravaggio, as well as Michelangelo’s Sistine Chapel.

So be sure to visit and peek at an ancient fresco or see where some of the first Christian churches were!

How to Travel from Rome to the Amalfi Coast

The Flooding of the Colosseum: Guide to Colosseum Naval Battles