Home > > Scams to Avoid on Your Trip to Rome

The Eternal City is home to some of the world’s most fascinating sites. There’s so much to see, and once you arrive you’ll be excited to see it all. In your excitement you may be inclined to accept some of the tourist traps disguised as deals that are pitched your way. However, in order to avoid wasting your money and time on scams it’s important to be selective and careful with the decisions that you make as well as how you conduct yourself while out and about on the streets of Rome.

Like many other large cities around the world, Rome is well known for being a tourist hub, which has also designated it as an easy access point for scammers to target unknowing victims. This guide will definitely help you prepare for a safe and enjoyable trip by learning how to recognize and avoid some of the most common schemes.

We all know that it happens, pickpocketing is unfortunately one of the most common outcomes of tourist targeting especially in large cities like Rome. It’s most likely to occur while travelling via public transportation as well as at large transportation and public centers. Bus 64 is recognized as a popular tourist route as it stops along several major points of interest. 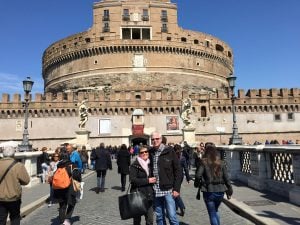 This doesn’t mean that you should avoid utilizing public modes of travel or that you should stay away from public spaces – they’re still integral to an enjoyable Roman experience. Instead remain mindful of this, knowledge is power and now that you’re aware of this in a relevant context, it can be used to ensure a positive experience.

When exploring the city make sure that you keep your personal belongings close to your body, and that all zippers or points of entry are closed and covered. In addition to this, try to minimize the size and amount of valuables that you carry with you. You should limit this to the essentials such as your phone and source of money that you’ll need for the day’s activities. There’s no need to worry; as long as you remember these simple tips you’re bound to have an incredible time reveling in the wonder of the Eternal City.

“Crowds make a pickpocket feel like a pig in a blanket. No worries, but beware of those who are pushing or too close to you or anyone in your party.” – Franco A, Rome Guide

Let’s say you’ve been spending all day visiting the highlights of Rome, and all you want to do is sit down for a nice, not-to-expensive meal with your friends. You find a nice, authentic-looking family restaurant and get a table. Your waiter comes by and pours you some water, but when you ask to see a menu he tells you that this restaurant doesn’t have one. You chalk up to it just being some kind of local thing, and just order some pasta for the table, and two glasses of the house white. 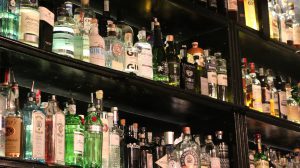 When you get your bill, however, what you thought was a cheap meal of pasta and wine has transformed into a 90 euro dinner. Because they never showed you a menu, and you never asked for a price, the restaurant staff has taken advantage of your limited knowledge of custom to hike up the price. And at that point, you won’t have much choice but to swallow your pride and pay the bill, unless you’re raring for an argument in a language you barely understand.

The trick to avoid this is simple: Always ask for a price for anything you order. Don’t assume that just because you order something simple that it will be cheap. If they refuse to show you a menu, or tell you the prices, you’re much better off finding another spot that will.

If you encounter an individual or a group of people (often wearing matching shirts) approaching you with pamphlets and clipboards, this is a red flag. This common scheme is often initiated as they grab your attention by explaining their involvement with an obscure charity which is often followed by asking for very large donations. As the people leading the scam tend to be persistent and charismatic, it can be hard to decline their efforts but don’t be hesitant to.

Many of these “charity workers” collaborate with pick-pocketers in the hopes of distracting you with their persistent attempts to recruit your support for the fabricated charity. You will avoid a lot of unnecessary frustration and potential theft by firmly expressing your disinterest and continuing along the path to your destination if you encounter these people.

There’s no doubt that you will want to shop and purchase souvenirs when you’re abroad, exploring a new city even if it’s not your first time. Souvenirs are a great way to commemorate and share the experience, as this is well known, tourist shops can be found all around big cities and their major attractions. In addition to this, there are also a lot of individual sellers offering a selection of products. While many of them are friendly and respectful, some are not.

They target tourists by briefly talking to them and proceeding to tell them that they’d like to give them a gift. The “gift” tends to include jewelry and roses. Once the person has it in hand they demand a price for what would’ve been assumed as a gift, free of cost. While out in public areas, remain aware of these people and avoid them if unnecessary. If you are approached, simply decline in a polite, yet firm manner before they get the chance to attempt selling you their products, disguised as gifts.

“It’s hard to find anywhere in Rome where there are no pickpockets around” – Franco A, Rome Guide

Rome is an undeniably beautiful city, containing some of the world’s most captivating attractions and sites. Around nine million tourists select the city as a destination each year and rightfully so – there’s so much to see and learn! Before you get caught up in the excitement it’s important to think about preparation, and that includes being aware of some of the scams that tourists can become targets for. Now that you’re prepared with this knowledge, the Eternal City awaits!