Pope Urban II: The Pope who Started the Crusades

The crusades were a series of violent religious wars with the set objective of conquering the “Holy Land” of Ancient Palestine, and retake Jerusalem from Islamic Rule in the early 11th century. It would take a Pope with iron determination and masterful political cunning to influence so many Christians to risk their lives in this conquest. In turn, he transformed the papacy to an even more powerful institution than it ever had been. That Pope’s name was Urban II.

The man who would become Pope Urban II was born Ortho De Lagery in Lagery, France somewhere around 1036-1042. His parents were of the nobility, though their identities have been entirely lost to history. What we do know is that he decided to pursue a holy life from an early age, studying at a school associated with the Riems cathedral.

We’re not sure how he was as a student, but he certainly was successful in pursuing positions of power. He became the canon and then arch-deacon of Riems, but decided to retire from this position to pursue a monk’s life in the Abbey of Cluny in 1067. He devoted himself to a life of holy thought and ecclesiastical study.

This did not prevent Ortho from rising through the ranks, however. By 1074, he was the grand prior there, the second-in-command. Later he became the cardinal associated with Ostia. This would begin his rise to power that would land him in the most powerful position in the Catholic Church.

In the winter of 1084-5, he worked in Germany as a papal legate, trying to maintain support for Pope Gregory VII in the struggle with the Holy Roman Emperor, Henry IV. Henry attempted to gain power over the Catholic Church, while Pope Gregory VII maintained a position of the primacy of papal authority. In exchange for his support, Ortho was called to Rome.

His stay there, however, would prove short lived after Henry IV conquered Rome in opposition to Pope Gregory VII and installed a puppet “antipope” Clement III. This did not keep the Church from nominating its own Pope’s however, and after the relatively short reign of a sickly Victor III, Ortho was elected to the position. Though in exile for his election, he returned to Rome to claim his papal throne and changed his name to Urban II.

Urban took up the policies of Pope Gregory VII and, while pursuing them with determination, showed greater flexibility and diplomatic finesse. He took pains to tour all across Europe in order to shore up support for his position. He made declarations against simony (the sale of Church offices), lay investitures (or royal Church appointments), clerical marriages, and the emperor and his antipope. 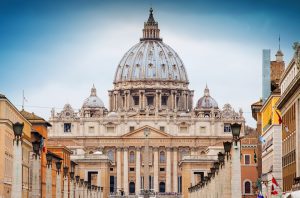 He supported several rebellious princes and dukes against kings that he felt were non-supportive of Papal power, such as was the case with Prince Conrad II who rebelled against his father Henry IV, who was the Holy Roman Emperor in the late 11th century. Urban proved himself to be a masterful tactician, who could convince dissatisfied royals to form alliances against the Holy Roman Emperor.

In the first week of March 1095, a delegation from the Byzantine emperor Alexius I Comnenus presented Urban with a request for help against the Turks. Pope Urban II’s response was to preach the First Crusade, starting on November 27, 1095, at the Council of Clermont in his home country of France. This first preaching was geared explicitly to the French, those all others who wished to participate were encouraged–unless of course, they were from Spain. (The Spanish were encouraged to fight the Muslims in Spain instead of in the middle east.) In fact, Urban’s proclamation was given in French. 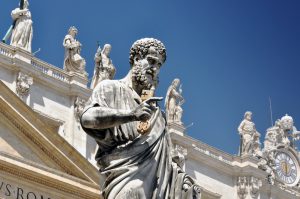 Urban spoke to the crowd about fellow Christians being attacked and asked for Christians in the West to help. Urban promised those who died in battle full absolution and remission of their sins. He called for a Holy War. It was an unprecedented move, and a brilliant one, that sought to reunify the disparate shards of the Catholic Church behind a common enemy.

“Pope Urban II combined a Holy War with Pilgrimage. No Pope had done this before” – Eleonora F, Vatican Tour Guide

With the promise of the expungement of all their sins, many peasants and noblemen took up the call. The journey was even more dangerous than many of the pilgrims had banked on, forcing armies to march through Europe in intense conditions. Pilgrims faced hot weather, famine, disease and attacks from the ‘infidel’ along their journey. However, the pilgrims themselves also committed atrocities along their two-year journey, including the programs against the Jews in northern Germany. 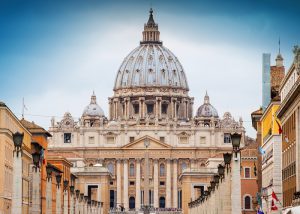 By the time they reached Jerusalem, many of these crusaders were desperately low on supplies and men healthy enough to fight. Still, however, they were able to capture the city of Jerusalem after a violent siege. They installed their own puppet king and proclaimed victory. This did not prove long lasting, as it was only a few years later in 1145 that Muslims regained control of the city, and the second crusade was launched.

For Urban, however, the victory might as well have been non-existent. He died only fourteen days after the fall of Jerusalem on July 29th 1099, far before any news of the victory reached him. He remains to this day a controversial figure in the history of the church. On one hand, he pursued a violent and costly campaign, leaving much destruction in its wake. At the same time, his policies greatly unified the Church, which may not exist today if it were not for his papacy.

Our Best Virtual Tours of Italian Cities and Museums

How to rent boats in Villa Borghese lake in Rome