Home > > Ultimate Guide to the Gallery of Maps in the Vatican

Of the many galleries in the Vatican, the Gallery of the Maps is often a crowd favorite. Many Vatican visitors travel to the Holy See for religious purposes, as the Vatican is one of the holiest spaces in the world.

For those who may not be visiting the Vatican for religious fulfillment, the Gallery of Maps provides a scientific approach to some of the museum’s most interesting artwork. Displaying maps from all over the world created by Roman topographers during the sixteenth century, you can get a glimpse of what the world was thought to look like centuries ago.

To tour or not to tour?

Supposedly if you stand in front of each art piece for one minute in the Vatican Museums, it would take you 12 years to see everything. While it is definitely possible to visit the museums on your own, I highly recommend a tour guide to get you in and out quickly before you go into overload with our Best Vatican City Tours In all of our Vatican tours, you will witness the Gallery of Tapestries up close!

Many people don’t know that the Vatican City is actually surrounded by the city of Rome. This is why if you are interested in some tours, then check out our Rome Tours as well!

History of the Gallery of Maps 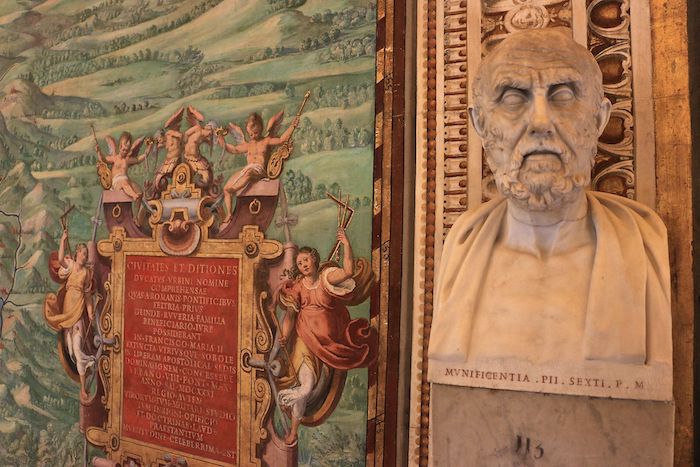 As you approach the Sistine Chapel, you’ll be led through a series of hallways and galleries. One of the most impressive galleries you’ll visit on this stroll is the Gallery of Maps, which consists of 40 frescoes of maps, detailing the Italian regions and papal properties that existed during the time of Pope Gregory XIII.

The frescoes were created by Ignazio Danti between 1580 and 1585. Pope Gregory XIII had good reason to commission Danti for this task, as Danti had already built himself quite a portfolio by this time.

Before designing the frescoes for the Gallery of Maps inside of the Vatican Museums, he had served as a mathematics professor in Bologna. And before that, Danti had designed the Sala della Carte Geografiche in the Palazzo Vecchio in Florence.

What do the Maps Show? 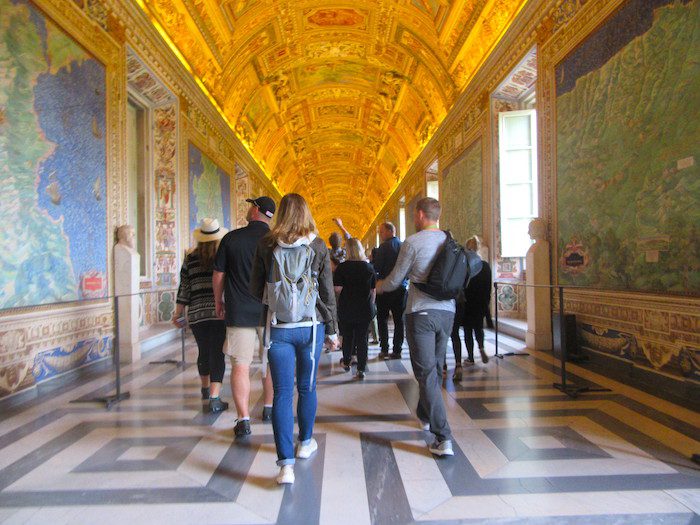 The frescoed maps in the Gallery of Maps show the entirety of the Italian peninsula including additional areas like Corsica and Sardinia. When walking toward the Sistine Chapel, you will find lands on the Tyhrennian Coast on the left and lands on the Adriatic Coast on the right.

Each of the frescoes features a different region of Italy, with the region’s major city specifically pinpointed. You’ll also find that the frescoes highlight important battles in Italy that occurred in these regions, such as the Battle of Lepanto, the Siege of Malta and more.

Are the Maps in the Gallery of Maps Accurate? 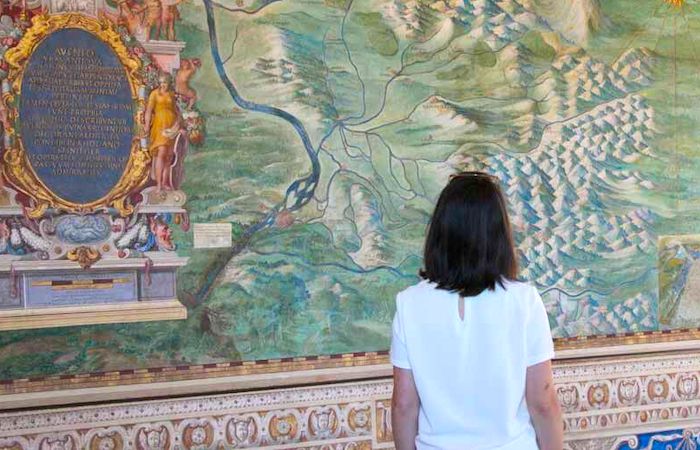 Interestingly, Pope Gregory XIII had these designed so that he could explore his peninsula without having to leave his home. Clearly, it’s tough to say that the maps are completely accurate.

One of the heads of restoration of the Gallery of Maps, however, has said that the present contents of the maps are accurate for the most part, but what the artists didn’t know, they chose to omit.

Restoration of the Gallery of Maps 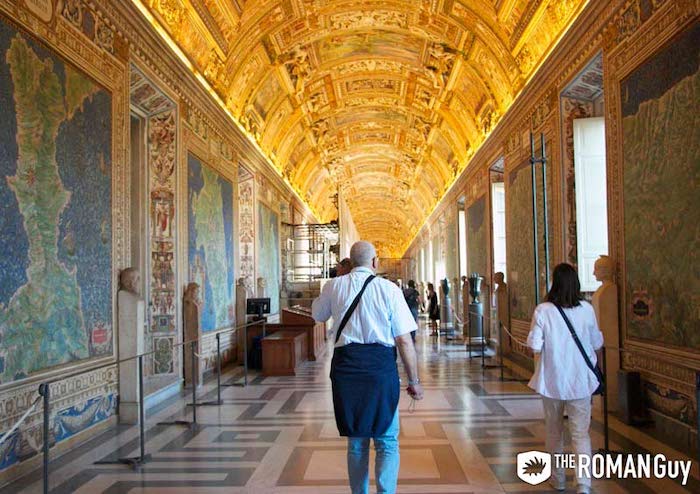 These enormous yet delicate frescoes have been on display for nearly 500 years. Over the centuries, the maps have deteriorated due to water, dust and overall poor maintenance.

The damage became so significant that at some points, visitors believed that the maps presented geographic inaccuracies because of stains and even material erosion. Because of such damage, many visitors to the Vatican Museums would even ignore Danti’s topographical works and rush to the Sistine Chapel, having no concern for the Gallery of Maps.

In 2011, the Vatican decided to restore this precious gallery and turned to the Patrons of the Arts in the Vatican Museums to fund a full restoration. During this meticulous maintenance project, the art restorers would lay special paper over the maps to absorb yellow glue from a previous failed restoration project.

From there, they were able to remove some of the stains and restore the maps to the beautiful masterpieces they were designed to be. 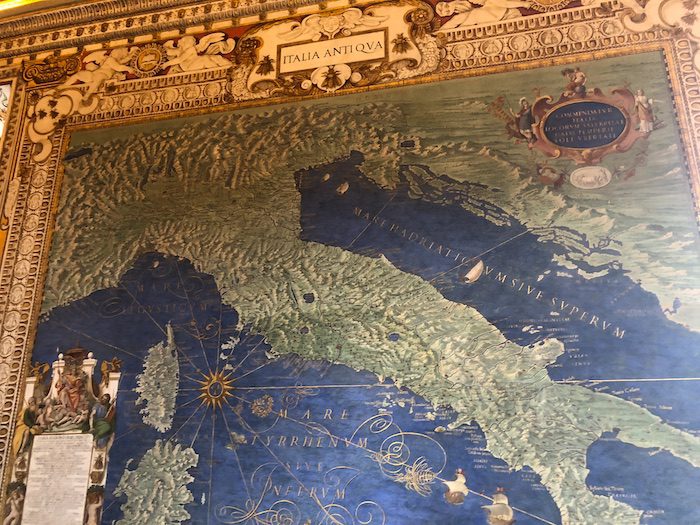 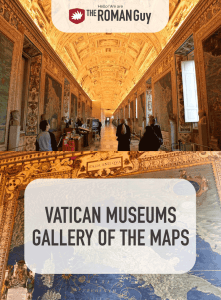