What’s Inside the Vatican Library and Can You Go Inside? 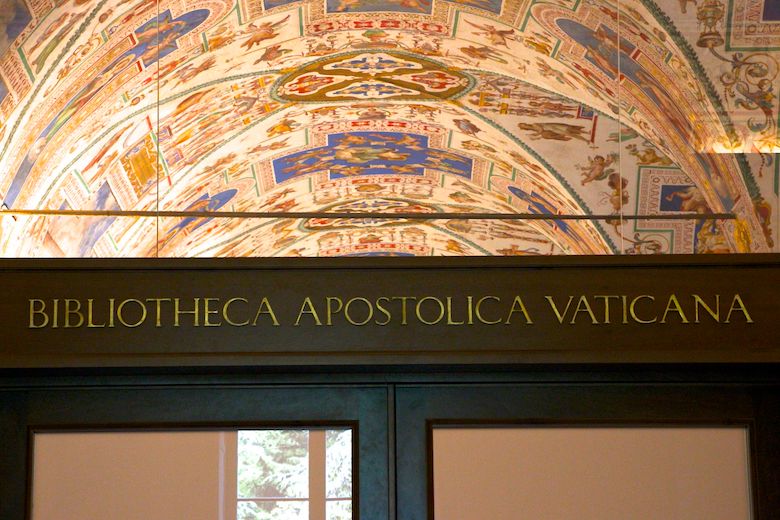 You might already be familiar with the Sistine Chapel or Saint Peter’s Basilica; however, you might be less familiar with the Vatican Library. Despite the enormous amount of artistic wonders that the Vatican still preserves, it can also boast a major collection of books and manuscripts from almost every century. Let’s take a closer look to this side of the Vatican and discover something more about one of the oldest Roman libraries.

History of the Vatican Library 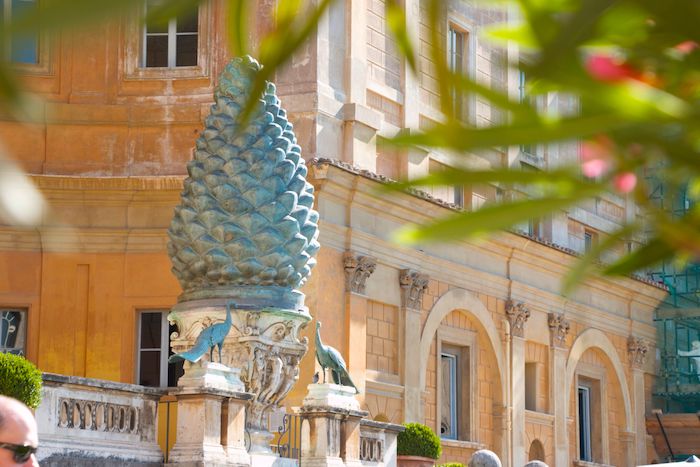 Despite the fact that the Vatican had collected tons of books and manuscripts throughout the centuries, it opened its very first library only in 1451 under the guidance of Tomaso Perentucelli (also known as Pope Niccolò 5th). For the first time, somebody started to locate manuscripts with a certain order and introduced a new concept able to preserve those treasures. The Vatican Library, anyway, officially opened only in 1475 under the reign of Pope Sisto IV.

After that date, the Vatican kept collecting any sort of documents and books, and in 1587, it decided to change location in order to offer a much bigger space to all these precious manuscripts. That’s why Pope Sisto V entrusted the architect Domenico Fontana with the project for a brand new building able to host and preserve this treasure.

What is inside of the Vatican Library?

For centuries, the Vatican Library never stopped collecting books, manuscripts and documents of any kind. For this reason, this place can be considered one of the biggest libraries in the world and you might find anything you are looking for inside.

Currently, the library can count more than one million between books and manuscripts; among these, the Vatican library can boast the famous Codex Vaticanus, the most ancient Bible manuscript ever found. This organization also preserves the largest amount of the world’s incunabula from the Middle Age, 8,500 in total and 65 realized with parchment.

This library doesn’t only stick to books or manuscripts. It includes almost 20,000 works of art of any kind and 300,000 historical coins.

Where is the Vatican Library? 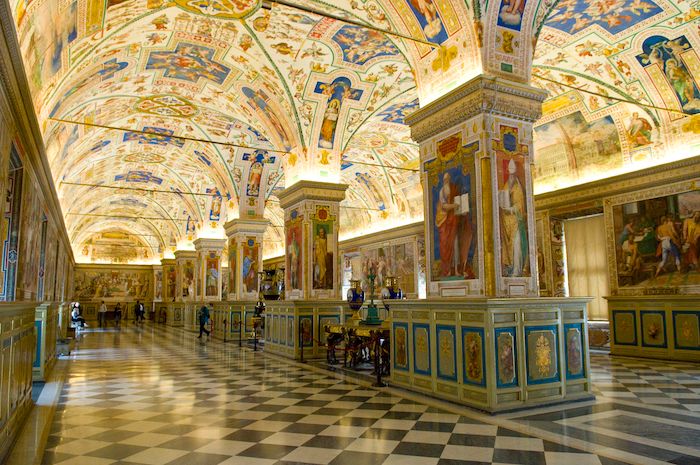 Formerly located at the ground floor of the main Vatican mansion, the library got its own building between 1587 and 1589 when Pope Sisto V decided to entrust the architect Domenico Fontana with the project. The construction, which has remained the same ever since, is located inside the Belvedere yard, in the northern area of the Vatican mansion, and it’s fully decorated with splendid frescoes, produced by artists such as Andrea Lilli. At the second floor of this building, for those lucky enough to get there, it’s possible to admire the wonderful Salone Sistino that still displays the world largest fresco.

Who can enter and visit the Vatican Library?

Due to its very precious book collection, the Vatican Library allows access to very few people.

In particular, the access is granted to professional researchers, university professors, Ph.D. students and graduate students that have to prove in any case that the document they’re looking for is conserved only inside the Vatican Library.

If you are willing to take a look to this Roman beauty anyway, there’s a chance even if you are not in one of those categories. The Vatican Museums, in fact, offer a special selection of books and manuscripts coming from the library collection open to the public. The Vatican Library Museum is displayed on 13 different rooms inside the former location of the library itself, opened during the 14th century.

What is the DigVatLib Project?

Started in 2010, the DigVatLib is a project that aims to digitalize more than 80,000 books and manuscripts from the Vatican Library all coming from the Middle Ages and Humanistic Period. The idea comes from two different necessities: the preservation of these documents and the possibility to allow any person worldwide to access to the collection.

The plan consists in the digitalization of the entire collection within two decades. The priority is given to those books or manuscripts extremely fragile and to those with the higher scholar request. After two decades, almost everything actually preserved inside the Library will be available online.

The IIIF technologies and the DigVatLib 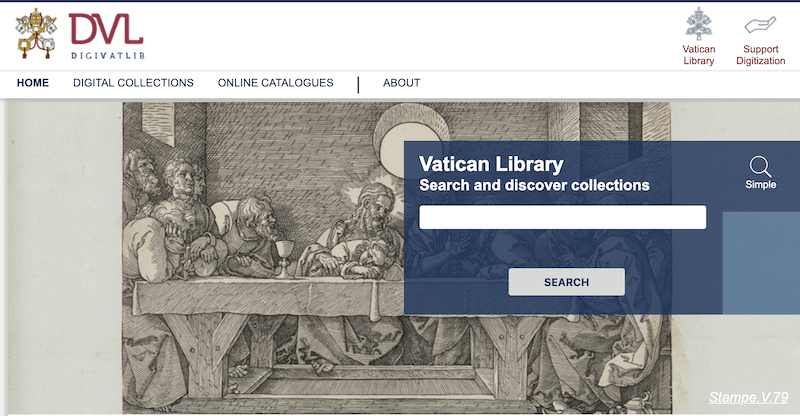 As one of the aims of the digitalization project consists of giving access to such precious documents to students worldwide, the Vatican Library has chosen to use the IIIF technologies for this process. By using these instruments, the final digitalized images can be used by people all around the globe using different software.

Also, thanks to this program, users could be able to exchange notes, suggestions and insert their own documents in the database. Ultimately, people will be able not only to easily access to all the amazing books and manuscripts, but they will also be able to interact and exchange ideas and create a large digital community.

Yes, you’re reading free content, but let us take a second of your attention away to tell you that we sell some of the best tours you can find in Rome. Join us on one of our Vatican tours so you can skip the line and learn about the famous artwork inside with a local guide. 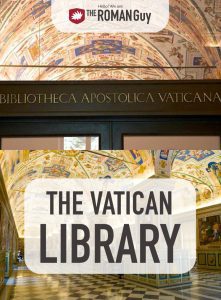 Recipes for an Authentic Italian Meal!

Best Places to Eat Near The Pantheon

How to Spend Thanksgiving in Rome