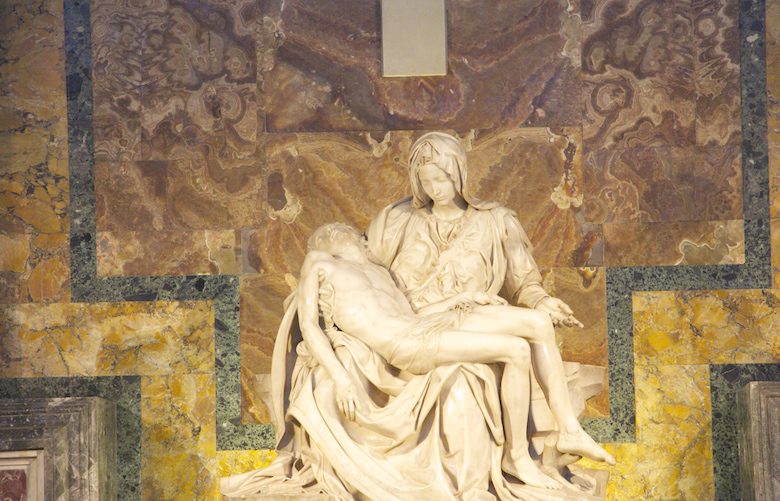 When visiting Vatican City, there are two lines you always have to look out for: the line for the Vatican Museums and the line to enter St. Peter’s Basilica. The Vatican Museums are home to 54 different galleries, housing some of the most precious artwork in the world. As the largest church in the world, many art historians consider La Pietà, or “The Pity,” one of the most famous sculptures in the world. In this guide, find out essentially why La Pietà is famous.

What is La Pietà?

The iconic Renaissance artist Michelangelo sculpted La Pietà at the very end of the 15th century. You may remember Michelangelo as your favorite Teenage Mutant Ninja Turtle, or the classic artist who sculpted the David and painted the Sistine Chapel. La Pietà depicts Jesus after his crucifixion laying in Mary’s lap. A French cardinal named Jean de Bilheres commissioned Michelangelo to create a sculpture to go into a side chapel of St. Peter’s Basilica in 1497. With a large block of Carrara marble and his irrefutable artistic craft, Michelangelo within a year created this incredibly detailed work of art.

Why is La Pietà so famous? 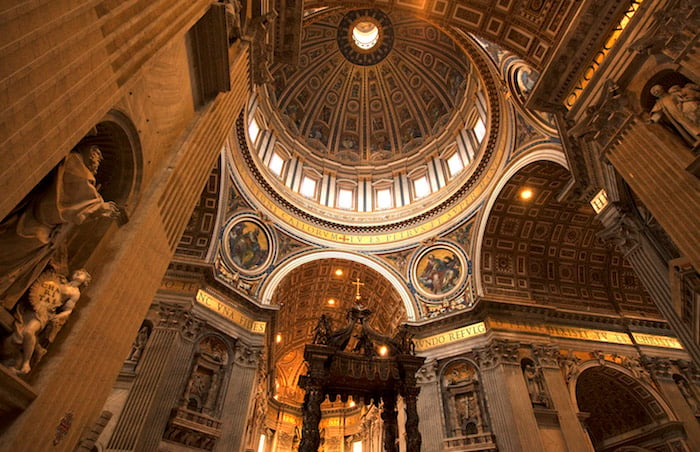 Well, for starters, really anything constructed from the hands of Michelangelo is royalty in the art world. Art historians admire his incredible ability to envision something shockingly elaborate out of a blank wall or a rigid piece of stone.

Additionally, La Pietà is known for its pyramidal structure, with Mary’s head serving at the vortex of the shape. Though extremely out of proportion, the shape of La Pietà has been vastly lauded for its uniqueness and holiness.

Aside from the artist’s fame and the sculpture’s disproportion, La Pietà was involved in a breaking news scandal that contributed to the work’s fame. In 1972, a man named Laszlo Toth attacked the famous structure with a hammer after jumping over a rail inside of the Basilica. He smashed the sculpture repeatedly while yelling “I am Jesus Christ.” He severed the Madonna’s entire left arm and left blows to her entire body. This attack on such a renowned work of art led to one of the most difficult art restorations to date. The restored work of art now sits behind a large bullet-proof glass shield. 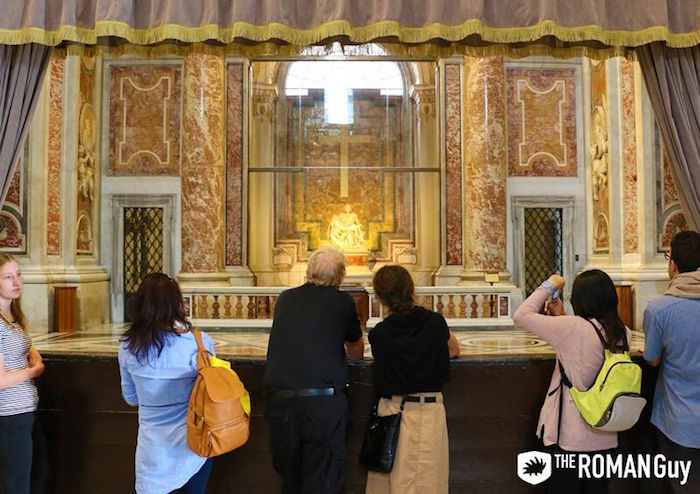 A Unique Work by Michelangelo

What do the Ferris Wheel, Statue of Liberty and La Pietà have in common? They were all presented at a World’s Fair during one year or another. La Pieta was shipped to New York in 1964 encased in 4,900 pounds of plexiglass.

Commissioned for a Cardinal’s Own Funeral

Imagine paying thousands of dollars for a sculpture to appear at your funeral. That’s exactly how and why this sculpture was created. French cardinal Jean de Bilheres wanted something remarkable for people to look at during his final resting ceremony.

After the 1972 attack on La Pietà, the most difficult part to repair on the entire structure was Mary’s eyelid. It took over 20 tries to get it to look remotely presentable to the public eye, no pun intended.

While the information we provide here is free, we also sell tours at very reasonable prices. Many people consider a trip to Vatican City the tip of a lifetime, and for good reason. On your Roman getaway, don’t waste any of your precious time and check out one of our Skip the Line Vatican tours. One of the best ways to see the Vatican without the crowds is with our VIP Vatican Gold Tour, which allows you to enter the Vatican Museums a full hour and a half before the general public.

How to Visit St. Peter’s Basilica

Castles in Italy: Castello delle Serre and other Tuscan Castles

Is there Uber in Italy?