The Colosseum is one of the world's greatest amphitheatres, full of rich history and amazing architecture. This astonishing building was built in just 8 years and was inaugurated in 80AD. The Colosseum could hold over 60,000 spectators and was home to various forms of entertainment including wild beast hunts, public executions, gladiatorial games, chariot racing and even naval battles!

The “Hypogeum”, also known as The Colosseum Underground, was not part of the original construction. The underground tunnels were ordered to be built by Emperor Domitian, an especially merciless emperor who staged brutal, yet sometimes very creative, games inside the stadium. Evidence shows that one of his passions was to organize battles between female gladiators and dwarves.

Within the Hypogeum lies an elaborate system of underground tunnels, trap doors, elevators, and holding pens where the gladiators and animals were retained before their gruesome battles. Now, following a $1.4 million renovation project in 2010, the Colosseum underground has opened its gates to the public, allowing visitors to walk in the footsteps of gladiators and explore the Colosseum Underground areas.

The hidden ramps, lifts and trap doors of the Colosseum Underground would help entertain the crowd during ancient games. They were used to create the illusion of moving props, while the lifts and trap doors meant wild animals and gladiators could spring onto the arena floor, as if out of nowhere!

These well-designed mechanisms played a crucial role in the daily events, allowing the organizers of the games to create suspense and surprise not only for the audience but also the participants. You can see a reconstructed trap door and lift system when visiting the Colosseum Underground.

Due to the lack of natural light, lamps were constantly burning in the underground.  As a result, the heat that filled the filthy tunnels must have been unbearable, creating a feeling of hell on earth. The intense heat, dust, the vile stench of the animals and spilled blood would reach every part of The Hypogeum. One can only imagine these painful conditions. Now, with plenty of air and lights leading the way, you can comfortably walk around the Hypogeum.

During a Guided Tour of the Colosseum Underground, visitors get the chance to:

How to Visit the Colosseum

Since this is one of the most popular tours, we suggest purchasing your underground Colosseum tickets in advance to ensure you don’t miss out.

However, if there aren't any tickets available for the dates you are visiting, don't worry, we also have an amazing Colosseum Arena Floor Tour. Alternatively, you can visit the Colosseum under the moonlight on a Colosseum Night Tour.

The Colosseum is open 7 days a week, however the hours vary depending on what time of the year it is. Listed below are the closing hours based on specific months of the year:

Since the Colosseum is paved with a rocky terrain, we recommend to wear comfortable sneakers for this experience. Sunscreen and water are recommended during the warmer months. We suggest bringing a snack if you want to remain in The Roman Forum after your tour.

As with many attractions in Rome, it is advised that you bring only small or medium backpacks and handbags. Some attractions, like the Colosseum, can refuse entry to those with large baggage.

Booking a visit to the Colosseum undergrounds is not advised to those who have difficulty walking or use a wheelchair. You are required to climb some stairs between levels of the Colosseum and, although there is an elevator inside the Colosseum it does not reliably serve areas such as the Underground and does not climb as high at the third tier. 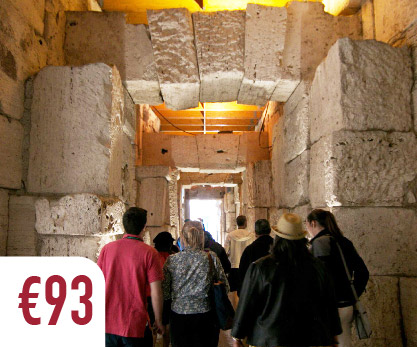 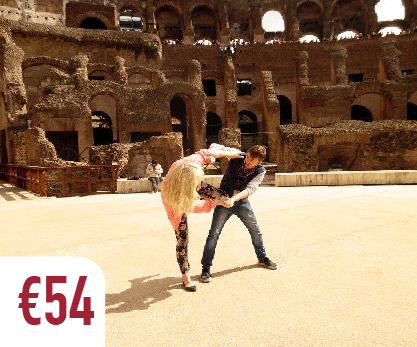 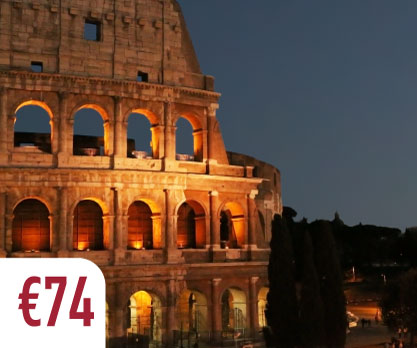