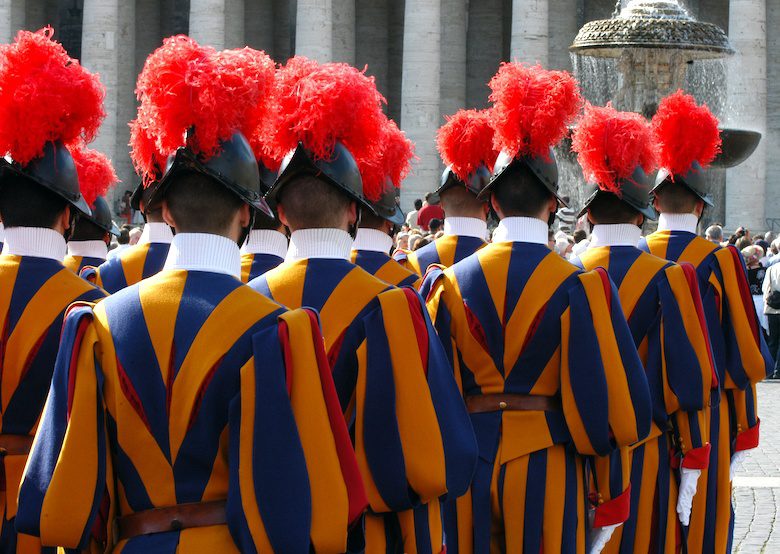 Either on television or in Rome, if you’ve already had the chance to visit the city, you might have noticed some men dressed in a peculiar way standing close to the pope or around the Vatican itself. Well, those men are the so-called “Swiss Guards,” who act as the Vatican private police. This Guard has been a part of the Vatican for centuries and its history is pretty interesting. In this guide, we’ll cover all of the basics of the Swiss Guard, what they do, and how one can become part of this elite group.