Ultimate Guide to the Raphael Rooms in the Vatican: Look no further!

The Vatican Museums house some of the finest masterpieces on the planet, including the Gallery of Maps and Bramante’s Belvedere Courtyard. The Raphael Rooms in the Vatican contain a stunning collection of frescoes painted by the famous painter and his students between 1508 and 1524 for Pope Julius II.

They can be found in an area of the papal apartments open to the public.

When I am on vacation I enjoy those 3 things above in that order. That’s why I want to make sure that you do to. Enjoy the best eateries by the Vatican after your visit and also the best rooftop bars by the Vatican.

Now that you have settled your hunger and your thirst, click on the link to see all of our amazing Vatican tours  that visit the Raphael Rooms.

Where are the Raphael Rooms?

The Raphael Rooms were commissioned by Pope Julius II. They were, perhaps, an effort to outshine the apartments of his predecessor (and rival) Pope Alexander VI, as the rooms are directly above Alexander’s Apartments. They are on the third floor of the Vatican overlooking the south side of the Belvedere Courtyard.

The first room that you enter as a visitor was designed to be used for receptions and official ceremonies. It was completed by Raphael’s students after both Raphael and Pope Julius II had died. It is named after Constantine, the first Christian emperor to officially recognize the Christian faith, and the walls and frescoes of this room depict four major events throughout his life.

These include the Vision of the Cross, the Battle of Constantine against Maxentius, the Baptism of Constantine and the Donation of Rome. The ceiling of the room is painted with the theme of the Triumph of Christian religion over paganism. 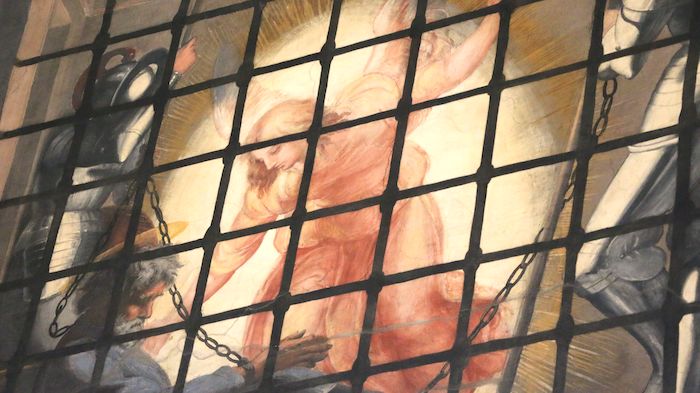 This room was originally used for the Pope’s private audiences and was decorated by Raphael himself. Raphael’s style changed here from the next room along the Stanza della Segnatura, and instead of the static images of the Pope’s library, he portrayed dramatic narratives in order to maximize the frescoes’ expressive effects.

The room’s theme is political and depicts historical moments from the Old Testament through to medieval history, all of which show the protection God bestows on the Church. The Mass of Bolsena shows the Christian faith threatened and being saved by God.

The Liberation of St. Peter shows the first Pope being saved from prison by an angel, and Encounter of Leo the Great with Attila shows Saint Peter and Saint Paul appearing, armed with weapons, during the meeting between Pope Leo and Attila the Hun. Expulsion of Heliodorus, from which the room takes its name, shows God banishing Heliodorus, who was attempting to steal valuables from the temple of Jerusalem.

Room of the Segnatura 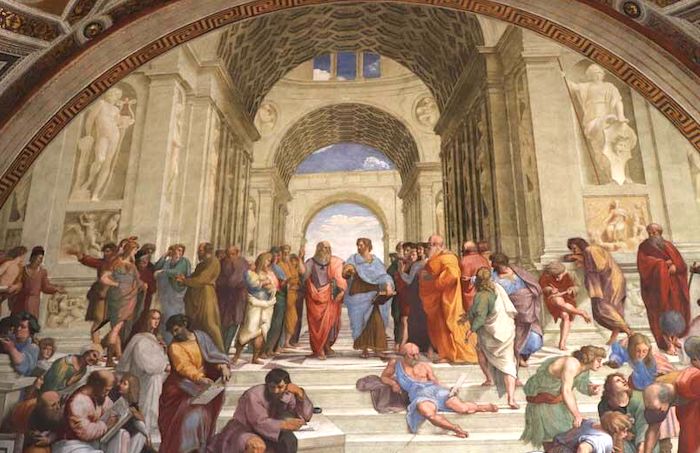 This is perhaps the most famous of the four rooms entrusted to Raphael, and his works in this room really signify the beginning of the high Renaissance. The room takes its name from the highest court of the Holy See, the “Segnatura Gratiae et Iustitiae”, which used to meet in this room in the 1500s for the signing of official documents.

Julius II even got to use this incredible room as a library and private office!

In this room, Raphael painted one of his most famous works, “The School of Athens.” This iconic fresco, which has been described as “the perfect embodiment of the classical spirit of the Renaissance,” depicts a large group of philosophers gathered on the steps of a grand building.

Plato, Aristotle, Socrates and Diogenes are just some of the famous faces present in the scene, and the concept of rational truth is expressed through the movements throughout the painting.

What’s really interesting is that if you look carefully you’ll see that Plato is, in fact, Leonardo da Vinci, Euclid in the lower right is Donato Bramante, the single figure on the steps is Michelangelo, and in the bottom right-hand corner, Raphael painted himself.

Room of the Fire in the Borgo

This dramatic room shows the political journeys of Pope Leo III and Pope Leo IV, and was actually chosen to show the ambitions of Pope Leo X. The roof has a work by Raphael’s own master, Perugino, and includes the painting from which the room takes its name: Fire in the Borgo.

This tells the story of a fire that broke out in the neighborhood in front of St. Peter’s Basilica, which Pope Leo IV managed to extinguish with a prayer. The last theme of this room is called Battle of Ostia which shows the victory of Pope Leo IV and his armies in 846 AD against the Saracens.

Considering how short Raphael’s career was, it is amazing how much of an impact he made on Italy’s Renaissance scene and the rooms in the Vatican are really a testament to his talent. When he died he was buried in the Pantheon, a fitting resting place for a ground-breaking artist.

How to Visit the Raphael Rooms 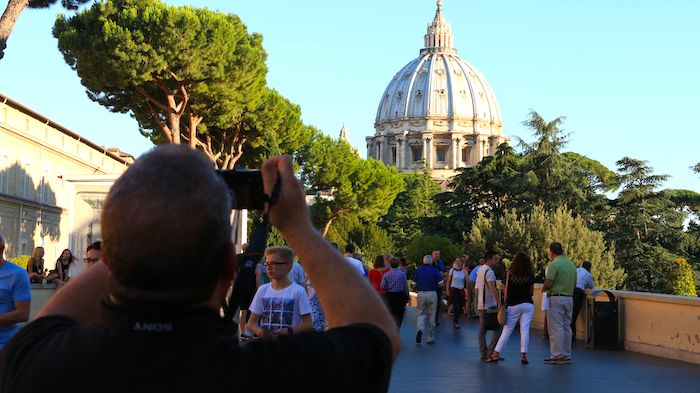 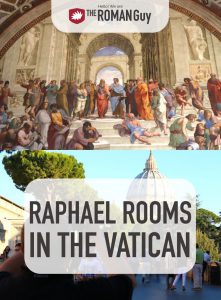 Ultimate Guide to the Raphael Rooms in the Vatican: Look no further! was last modified: August 4th, 2020 by Sean Finelli
raphael rooms in the vatican
11
Facebook Twitter Google + Pinterest 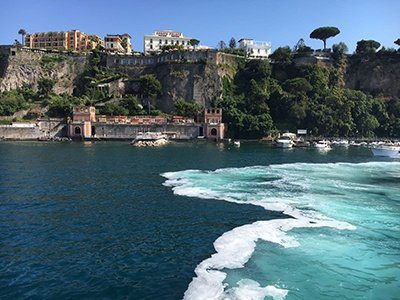 On Amalfi or Pompeii visit? Here are the must-see sights

Where to Eat Near the Vatican – The Ultimate Guide